With its pristine shores and dazzling blue waters, Lawai Bay beckons beachgoers from near and far. Unfortunately, despite its proximity to Allerton Garden, access is pretty much futile. You’d have to get permission from the private property owners, leaving this beach empty more often than not.

A small inlet just to the west of Allerton Garden, Lawai Bay features relatively calm waters perfect for swimming, snorkeling, and so much more. Unfortunately, since the access point crosses private property, that’s simply not to be for most people. More often than not, the beach remains fairly empty as a result, only seeing a few locals with permission to go on the privately-owned land.

If you do get permission to access Lawai Bay, you’d find pristine golden sands that make perfect sandcastles and feel great underfoot. The waters are equally mesmerizing, especially since the bay protects the beach from rough surf much of the year.

Despite that, you still don’t want to turn your back to the beach and chance a rogue wave coming through, especially since there are no lifeguards and it’s so hard to access. It’s also best to check the surf conditions and weather reports before going to any beach. Otherwise, you could end up in a rather dicey situation without the ability to call for help.

Furthermore, after heavy rains, the water can take a murky turn as the Lawai Stream empties out into the ocean water. The murkiness may then attract curious sharks to the beachside, making it even more hazardous to take a dip.

On nice days, you can get to Lawai Bay by kayak instead, although you’ll have quite a paddle ahead before you get there. For the shortest trip, launch from Kukuiula Harbor to the east and take it slow and steady. You’ll need to have the stamina for a mile trip there, and then another mile to get back to your vehicle.

There are no restrooms, showers, trash cans, or other facilities, of course, so you’ll need to plan accordingly if you get a chance to visit the beach. Plan to pack out whatever you pack in, so you can leave the beach nicer than when you arrived. If you bring a garbage bag along for the ride, you can give back to nature by picking up whatever trash you find on your travels.

Insider Tips:
-Upon getting access to go to the beach, put on sturdy footwear, and keep a close eye out for sharp cacti all around. The trail is rather steep, too, so pick your footing carefully on the way there and back.
-If you’d like to simply enjoy a similarly beautiful beach experience but without all the trouble getting there, just plan a trip to Kukuiula Harbor Beach instead.
-Lawai Bay often gets mistaken for Lawai Beach, which is actually located a couple of miles east down Lawai Road. To find it, just park by the Lawai Beach Resort and walk over to the sandy shores by the water. 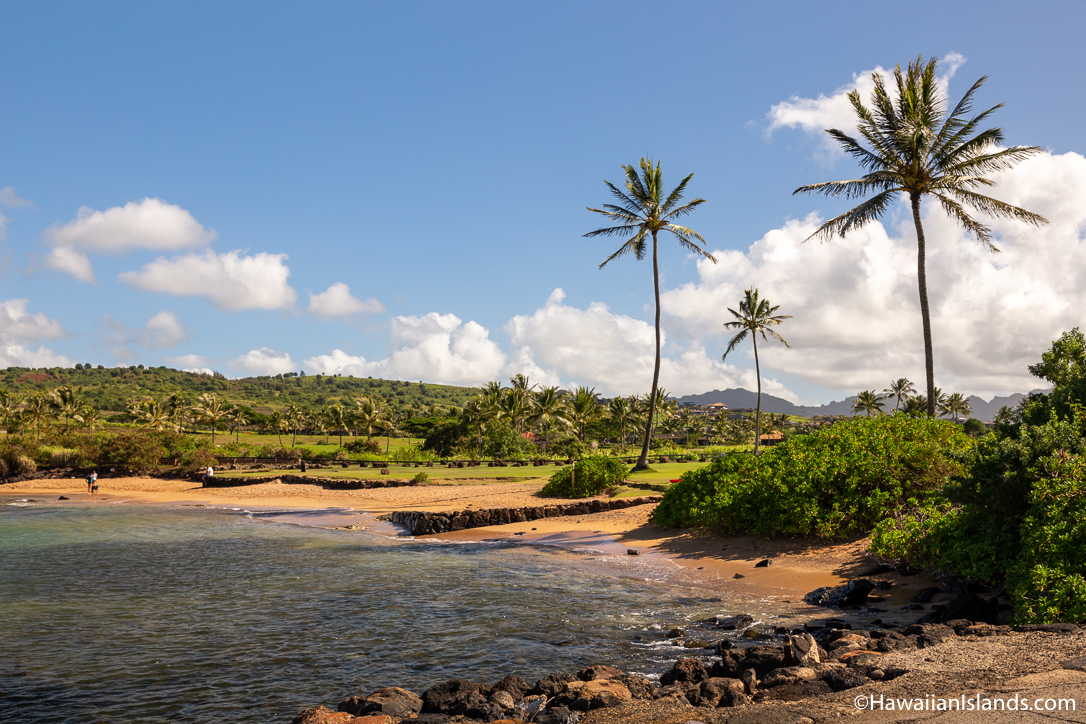 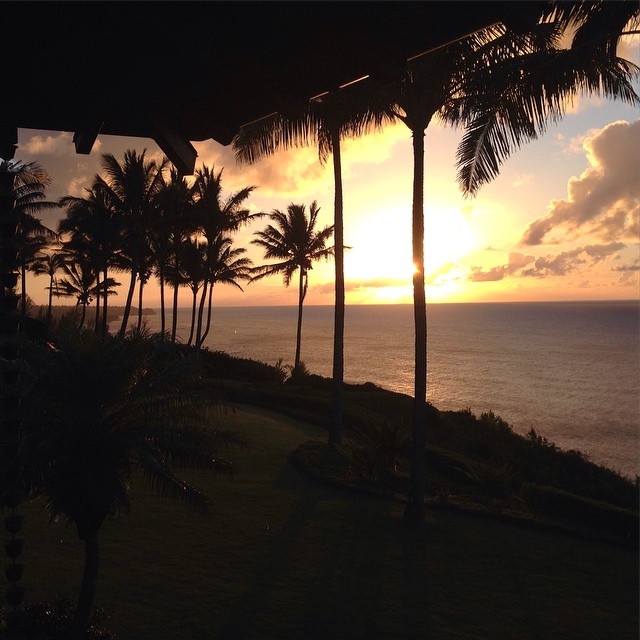 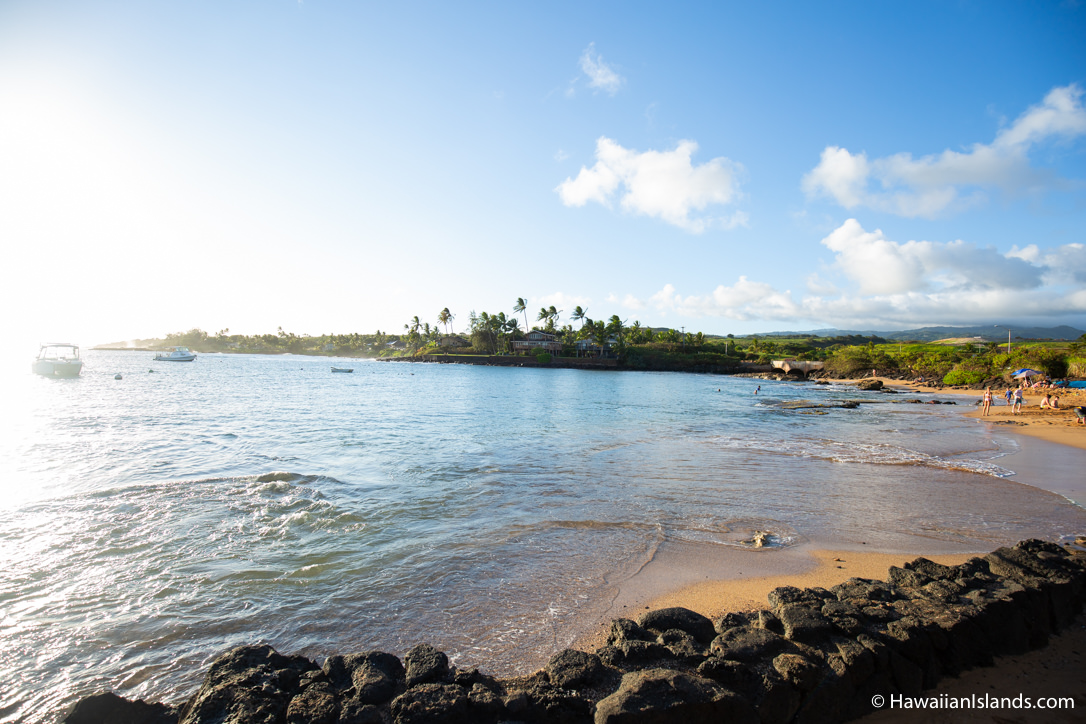 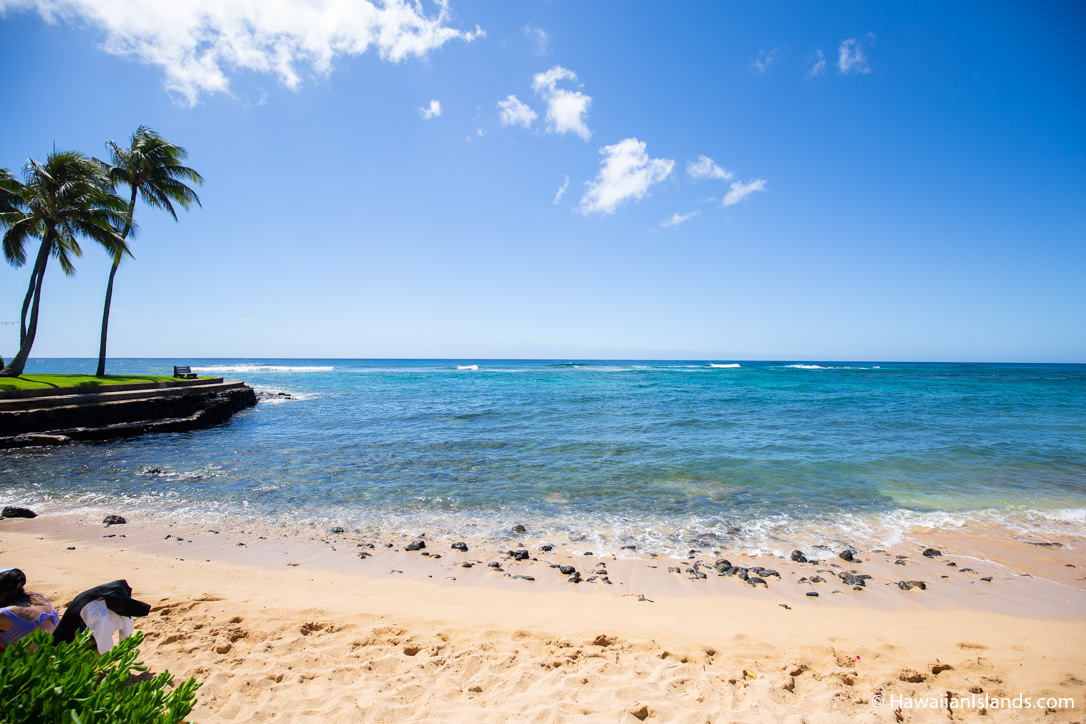 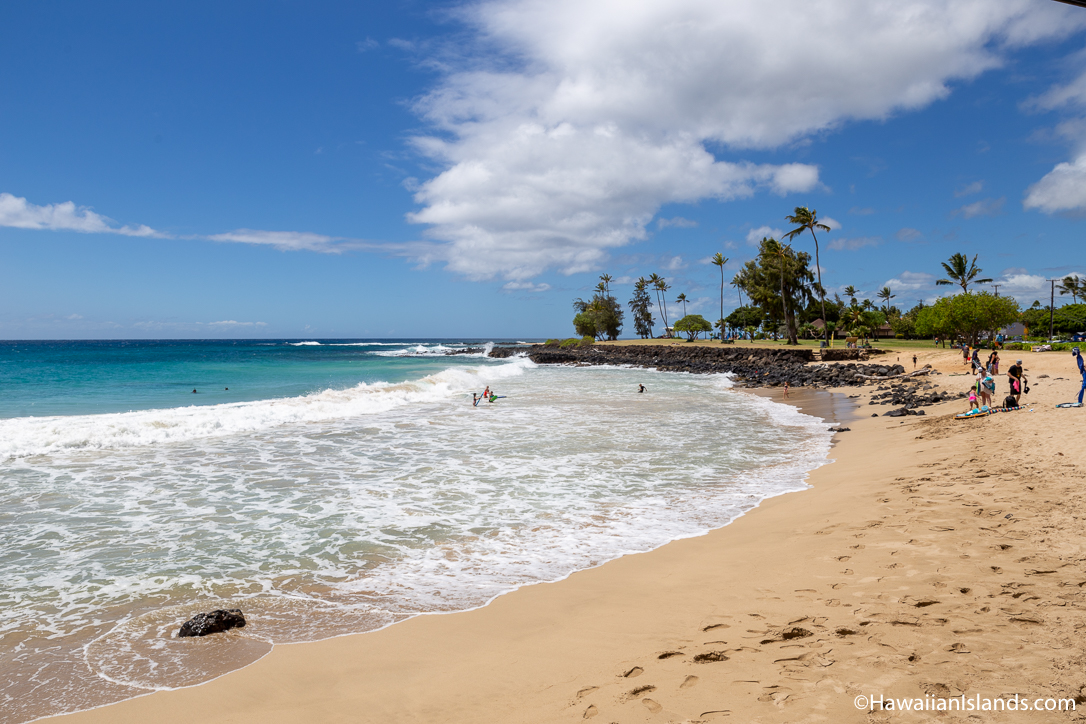 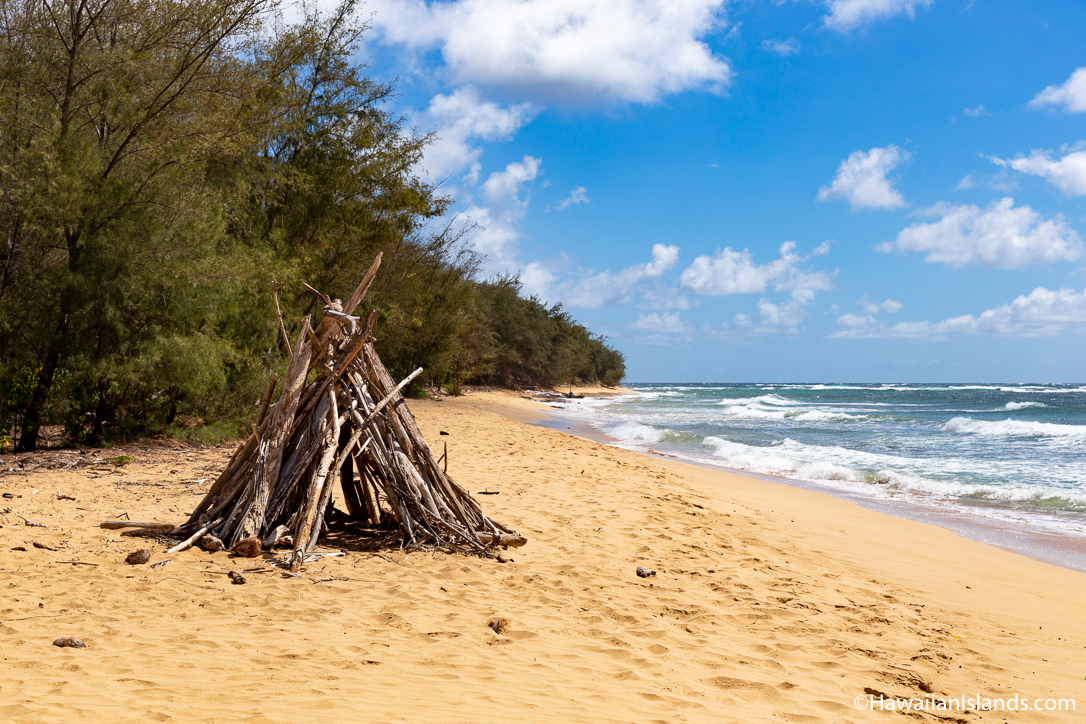 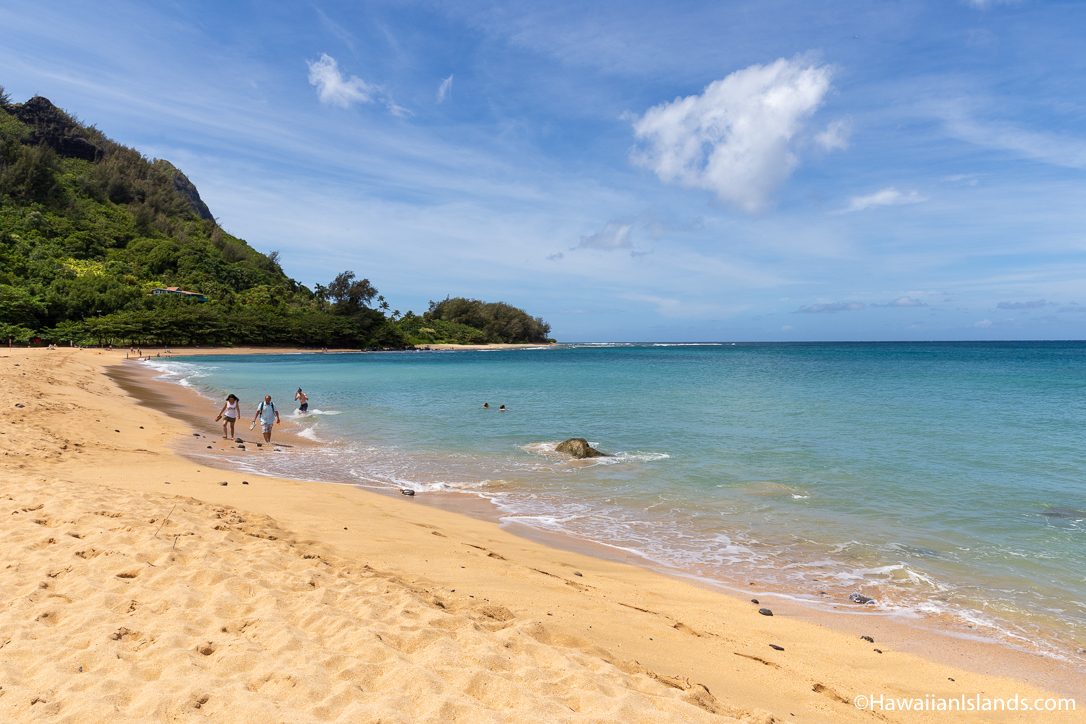 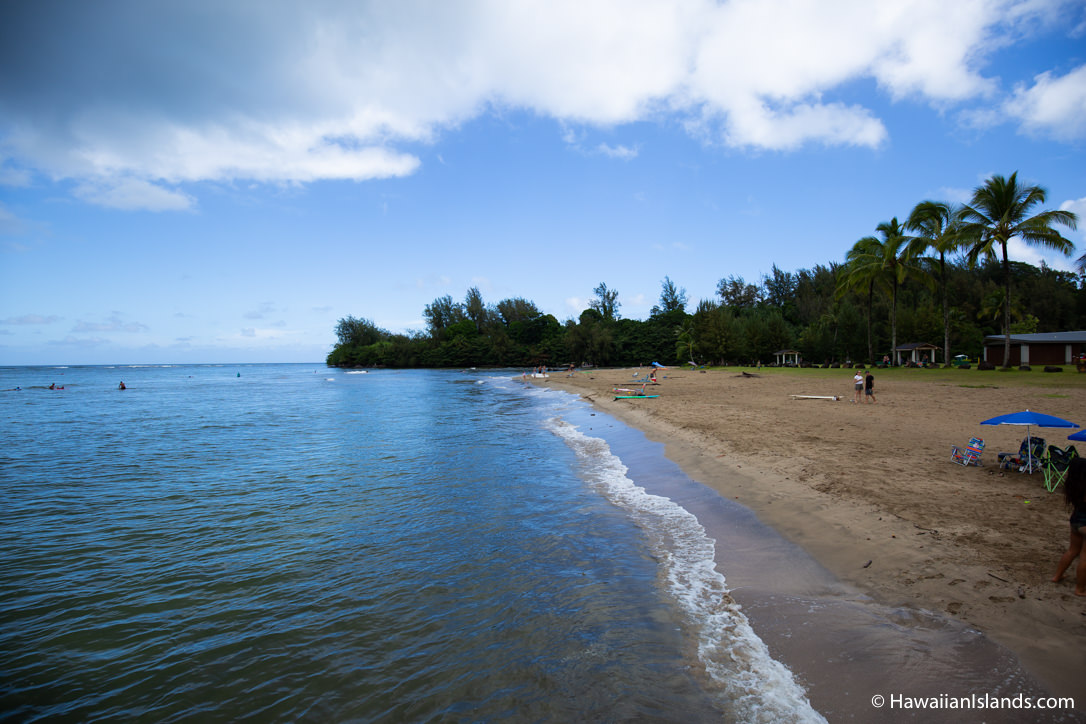